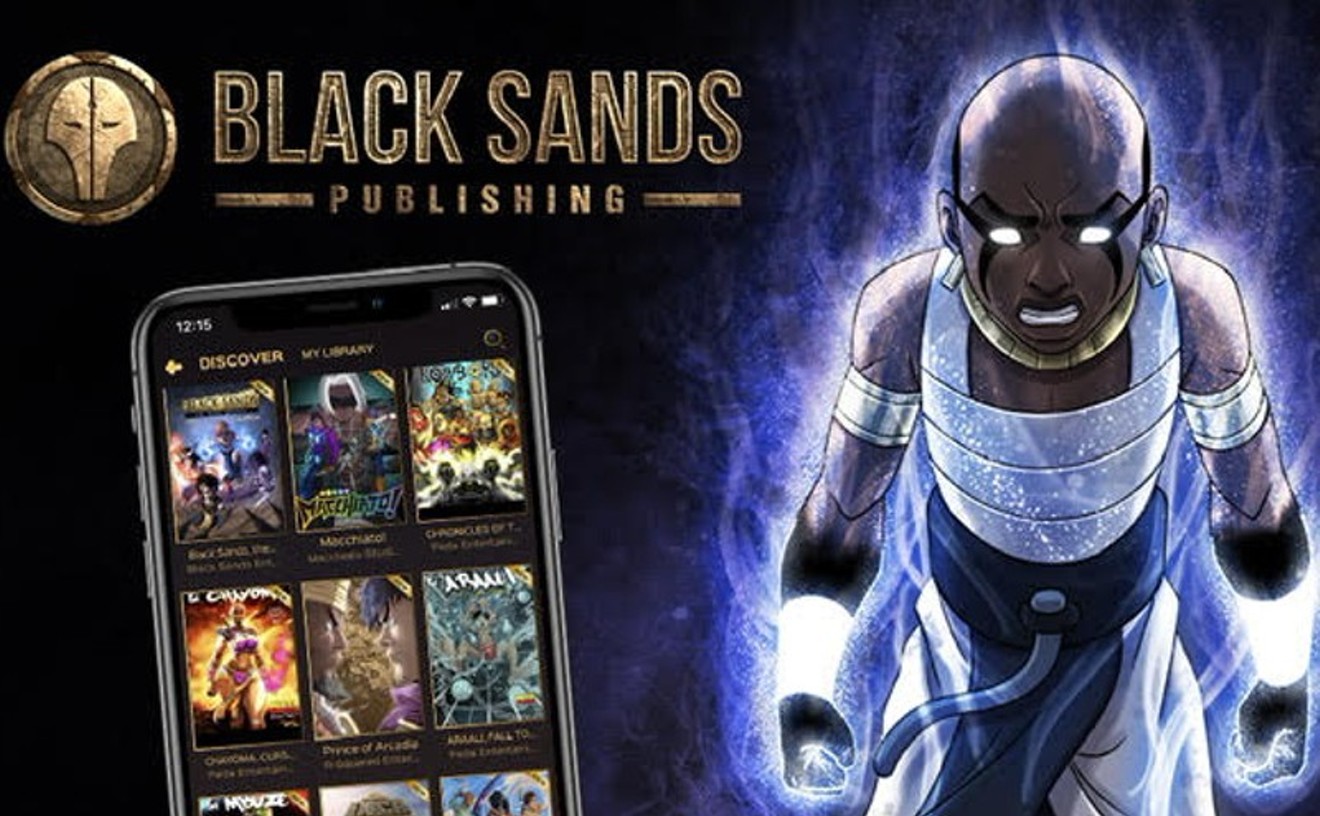 Founded in 2016, Black Sands Entertainment has risen to become the leading and largest black-focused comic book publisher. The company has built powerful IPs for the black community and features new and exciting concepts each year. Black Sands Entertainment was founded by Army Veteran Manuel Godoy, who was interested in bringing more black-inspired characters into the widely subscribed comic book market. Manuel had identified that the sector is highly white-dominated, with few or no black players featuring in the industry. More shockingly, black characters were a rare feature, with most comic books having zero black representation.

Manuel felt the urge to step in and start a brand that would feature black characters playing superhero roles. His motivation was simple, to present black children with a sense of belonging through black superheroes that they could easily identify with and relate to.

The idea struck him immediately after completing his economics degree. With a clear vision of what he wanted to do, Manuel started to look at production and creativity, with the idea of setting up a team and eventually a business. He also approached the concept from an economic perspective to fulfill his dream of setting up a successful business venture, giving birth to Black Sands Entertainment.

As he anticipated, Black Sands Entertainment set out on a decent run, rapidly growing to greater heights. With the help of his co-founder, Manuel ensured that the company acquired the right infrastructure and discipline that significantly contributed to their exponential growth into a multi-million-dollar company. Brilliant plans and strategies require an up-to-the-task team, and that’s what Black Sands Entertainment has. They recruit some of the best talent in the industry, assembling a power team that features many veterans from Disney and Pixar.

More significantly, the company has maintained a steadily growing portfolio of powerful IPs. This also includes the production of high-quality products like hardcovers that outperform the industry standards. Black Sands Entertainment is standing by its key founding purpose, with new black character featured comics published every day. Manuel insists that this will remain their course, with the intention of conquering the global market.

However, Manuel attests that venturing into a white-dominated market was not an easy task. They faced numerous challenges and opposition from some industry players who seemed not to understand their goals. Fortunately, Manuel had a straightforward plan that he was not ready to relent on, no matter how tough it got. Through hard work and commitment, Black Sands Entertainment is a notable brand in the comic book publishing industry.

His advice to you and any other entrepreneur out there is that you should never stop being yourself. Endeavor to stand out from the crowd and always take delight in being around your race and background.

Paid advertisement. Westword does not sell, evaluate, or endorse products or services advertised.